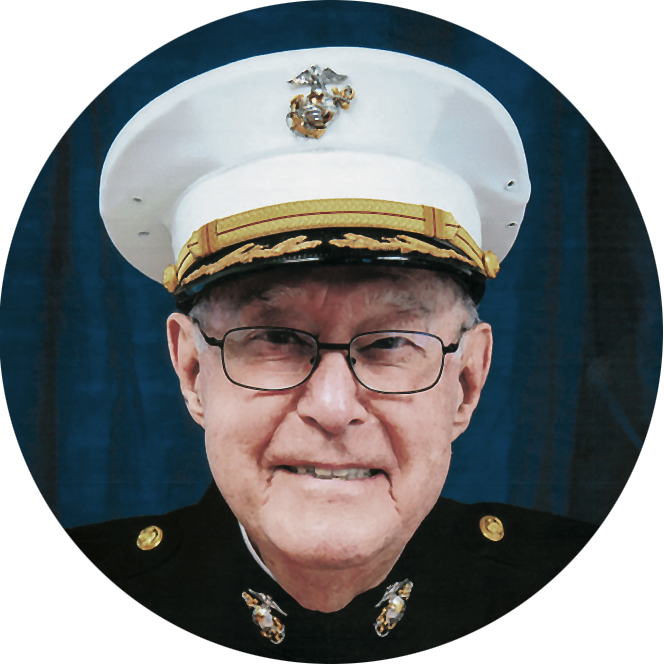 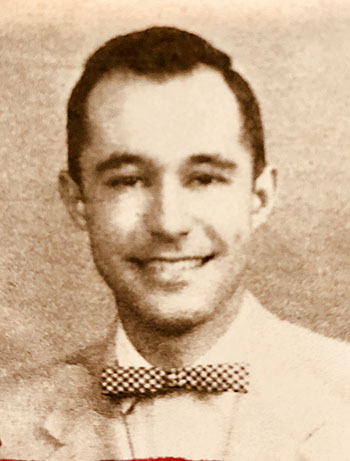 Colonel Theodore G. Jenkins enlisted in the US Marine Corps during World War II. After basic training at Parris Island, S.C., Jenkins was assigned to an engineer battalion. He attained the rank of sergeant and, after WW II and the end of his enlistment, Jenkins transferred to the USMC Reserve. At this time he also entered Bowling Green State University under the WW II G.I. Bill.

When hostilities broke out in Korea, Jenkins was recalled to active duty in 1950 during his junior year at BGSU. He was commissioned from the ranks and served with the USMC Combat Engineers in Korea in 1951 and 1952.

After the Korean War, Jenkins returned to BGSU and graduated with a Bachelor of Science degree in 1954.  After graduation, he worked for Libbey-Owens-Ford (Pilkington NA) for 35 years and retired as the Corporate Director of Human Resources.

Jenkins remained in the USMC Reserve and retired as a Colonel in 1988. He served as the commanding officer of two Toledo Reserve units. During his service, he graduated from the USMC Command and Staff College, the Industrial College of the Armed Forces, and the Naval War College. Jenkins was a senior member of the 9th District Policy Board (14 Midwestern States) and the USMC Policy Board, reporting to the Secretary of the Navy.

Highlights of Jenkins’ community activities include: eight years on the Oregon, Ohio, Board of Education; serving on boards for the Toledo Chamber of Commerce (Chair: Military Affairs Committee); the United Way; Girl Scouts and Boy Scouts; chairing the Toledo Area YMCA & Eastern Community YMCA; chairing the St. Charles Hospital & Mercy Health Partners Board; serving on the first Swan Creek Board; and chairing the Ohio Presbyterian Retirement Services Board.

Mr. Jenkins completed more than thirty successful years with Libby-Owens-Ford Glass Company, rising to management. He also gave of himself serving several local and statewide non-profit organizations, plus educational, healthcare, religious, military and civic groups. Ted served more than 20-years on and chaired the Military Affairs Committee of the Toledo Area Chamber of Commerce and served a term on the Chamber Board. He is an Emeritus Trustee and former Chair of the Mercy Health Partners Board. Ted currently serves as a Director and former Chair of the Ohio Presbyterian Retirement Services Board. He is a Bowling Green State University graduate and has served as Chair of the Alumni Board and Vice Chair of the BGSU Foundation Board. Ted also has served on the Toledo area Boards of both the Girl Scouts and the Boy Scouts of America. He is a "Trustee for Life" and former Chair of the Toledo area YMCA and a former Trustee of United Way. Mr. Jenkins is a life member of the Marine Corps Reserve Officer Association and the Marine Corps League. A "Marine Mustang", he was commissioned from the ranks while serving as a Sergeant during the Korean War. He retired as a Colonel after 43 years of active and reserve duty. 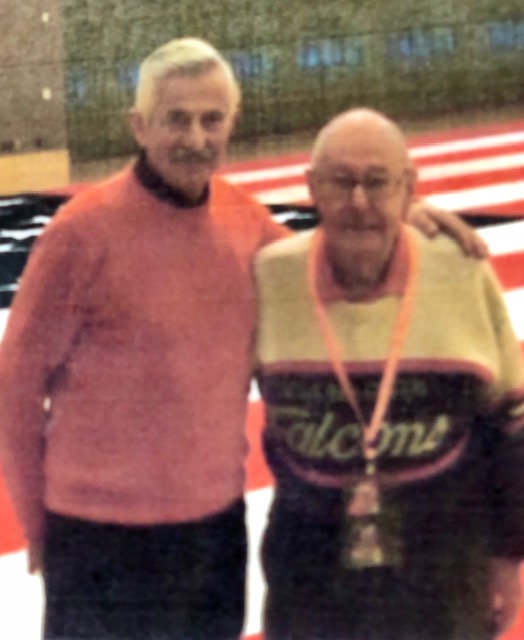 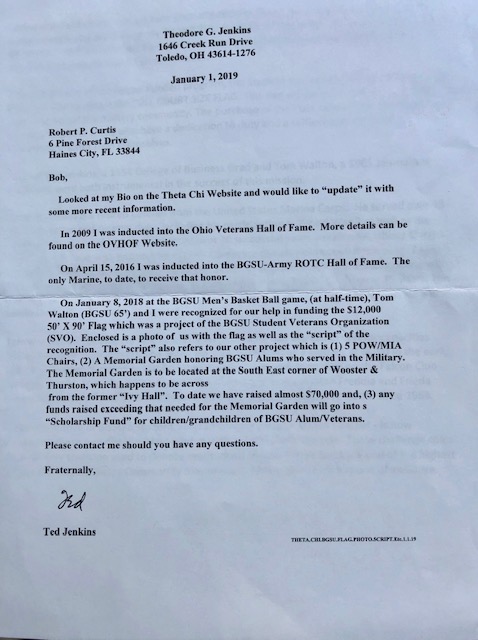 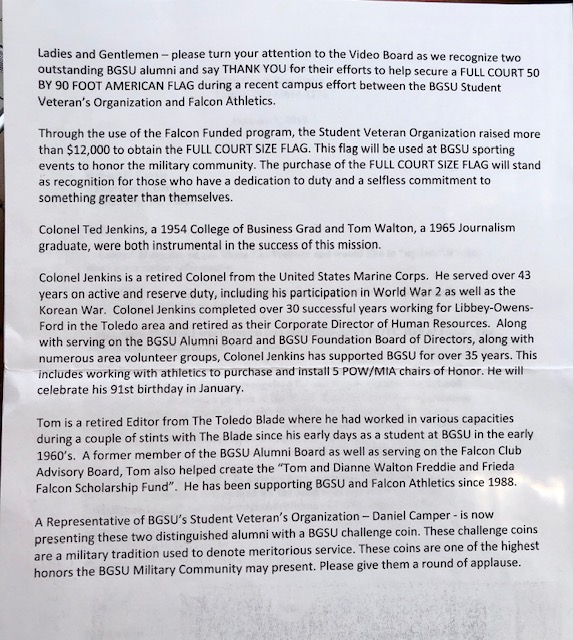 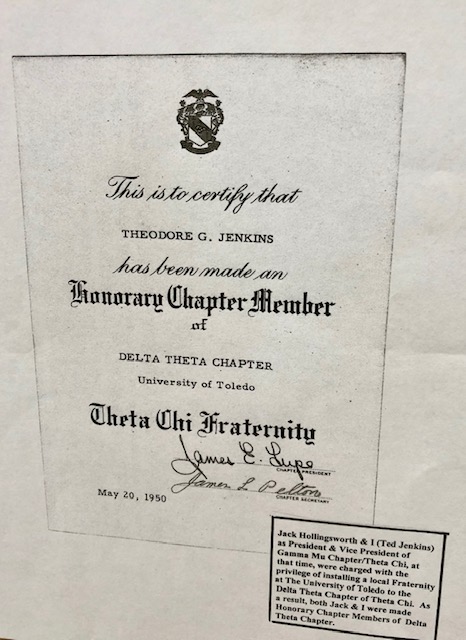